knowmore was formed in 2013 to support people in providing information to the Royal Commission into Institutional Responses to Child Sexual Abuse. During the Royal Commission knowmore conducted or participated in 1,684 community outreach and liaison events Australia-wide and provided assistance to 7,052 survivors.

knowmore also made a number of submissions to the Royal Commission, one of which called for the establishment of an independent redress scheme as the most effective way of providing justice to survivors.

The Royal Commission concluded in December 2017 after conducting 57 public hearings and 8,013 private sessions, and the National Redress Scheme for Institutional Child Sexual Abuse Act 2018 was passed into law in June 2018. The scheme commenced on 1 July 2018.

The artwork in our brand was designed by Dean Bell, the manager of our Aboriginal and Torres Strait Islander engagement team.

The many different coloured circles in the background are the towns, cities, villages, settlements, and missions that knowmore visited across Australia during the Royal Commission.

The orange circles represent community legal services and other support bodies such as Stolen Generations organisations and Aboriginal legal and medical services.

The white dots connect all of the above as one force to address historic child sexual abuse. 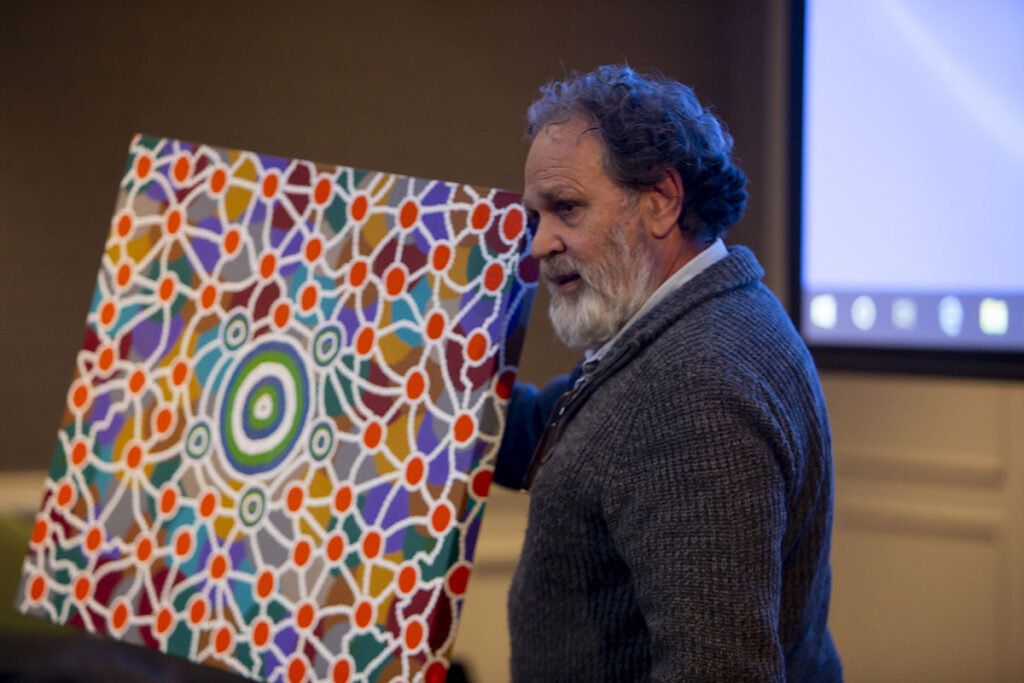