With a strong long term vision of ‘A community that is accountable and free of abuse’ and a commitment to providing multi-disciplinary, trauma-informed and culturally safe services, knowmore transitioned from a program of Community Legal Centres Australia to a national Community Legal Centre.

In 2020 knowmore became an independent registered charity, with its own Board. The Board provides strategic governance and oversight, with its Directors bringing key expertise and experience.

Chair of the Board

Michael Smith is the CEO of Eastern Community Legal Centre (ECLC) in Melbourne.

Michael was National Chair (and spokesperson) for the National Association of Community Legal Centres (now CLCs Australia) from 2010-2015, the peak body for community legal centres. In this role he was active in knowmore’s establishment by NACLC. Michael has continued as Chairperson for knowmore as it developed and became a separate CLC.

Michael is passionate about developing innovative partnerships and multidisciplinary approaches to client and community needs. Originally a youth worker (BA), Michael has postgraduate qualifications (Master of Social Work) and is a Graduate Member of the AICD.

Prior to joining John Holland, as Social Inclusion Advisor, she was a Recruitment Advisor to Crown Casino’s award-winning Indigenous Employment Program, placing and supporting over 100 local Aboriginal people in a range of roles. In an earlier role as Economic Broker for the Kinaway Chamber of Commerce, she demonstrated her commitment to engagement and capacity building of Aboriginal businesses, working alongside corporate and government buyers to source opportunities to develop and scale up Aboriginal businesses.

Mitzi Gilligan GAICD is a director, business owner and investor who has been practising as a lawyer since 1991. Currently she is a Principal and Founder at Hive Legal specialising in energy and climate change law, prior to which she was a partner at Minter Ellison. She was a board member at Justice Connect for 11 years, including 6 years as chair and also a longstanding volunteer at the Justice Connect Homeless law service. She is a director of energy company Ratch Australia and legal tech company Xakia Technologies, as well as chair of the External Law Advisory Committee for Swinburne University. Previously Mitzi was a director of Minemet Group Limited, a Management Committee Member of Seniors Rights Victoria, including a year as chair, and a Melbourne High School council member. 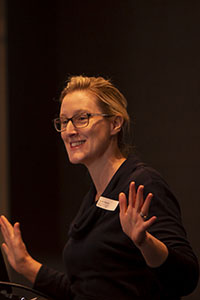 Sara Kane is the CEO of Circle Green Community Legal. Sara has a BSocSc and has over 20 years’ experience in community sector management, service development, delivery, and strategic planning. She has worked at a local, state, national and international level in not-for-profit organisations, local government, and the private sector. Sara has been a Director and Chairperson of the Community Legal Centres Australia Board of Directors and has previously been Deputy Chairperson of the Community Legal Centres Association of WA and Convenor of the WA CLC Managers Network. 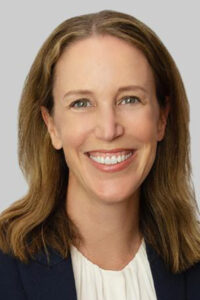 Ellen is a tax partner at law firm Allens, where she specialises in M&A transactional work and dispute resolution. She has volunteered in community legal centres throughout her career and has a passion for social justice.